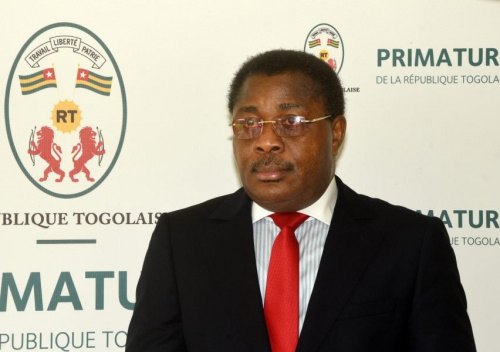 The new Ambassador of the Federal Republic of Nigeria in Togo, Julius Adebowale Adesina, was received in audience Tuesday by the Togolese Prime minister Victoire Dogbé.

The meeting was part of the tour to make contact with the institutions of the Republic, undertaken by the newly accredited diplomat.

During their meeting, the two personalities discussed about bilateral cooperation between the two countries, with particular emphasis on education, agriculture, as well as the modernization of the economy.

In perspective, the two ECOWAS member countries will have to relaunch the process of signing new cooperation agreements within the framework of the Joint Commission. Discussions also focused on the security challenges of the sub-region beset by the upsurge in terrorist attacks.

“Nigerian diplomat Julius Adebowale Adesina assured the Chief Executive of his country’s will to continue strengthening the partnership and contributing to the development efforts of their peoples”, noted Togolese officials.