Togo-The Brazilian ambassador at the end of his mission 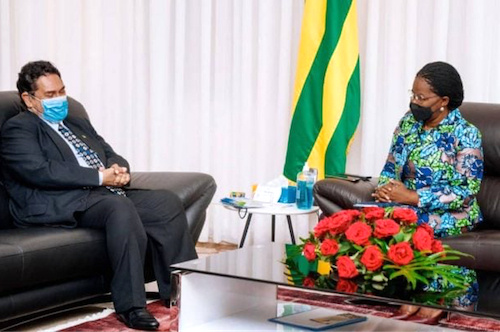 The Ambassador of the Federative Republic of Brazil, Antônio Carlos De Salles Menezes, is at the end of his mission after six years in Togo, the government announced.

The diplomat was received at the end of the past week by the Head of Government, Victoire Dogbé.

On the menu of discussions, the review of bilateral cooperation between the two countries, and its prospects for strengthening.

“My arrival coincided with the launch of cooperation projects which were very important for Togo”, notably the Coton 4 + Togo project and that of the cassava sector; “Unfortunately, this pandemic has changed everything”, summarized Carlos De Salles Menezes.

He concluded by specifying that “cooperation will be strengthened as soon as possible in the agricultural and cultural fields, with the restoration of the house of slaves in Agbodrafo”, among others.

The two parties are notably bound by an agreement that abolishes visas for holders of diplomatic and service passports of the two countries.