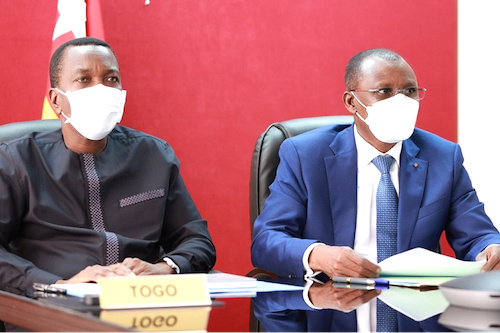 The third economic summit of the G20 Compact with Africa (CwA) was held last Friday in Berlin, Germany. The work, organized in virtual and face-to-face, was attended by Togo’s Minister of Economy, Sani Yaya and Kodjo Adedze, his colleague in commerce, both representing.

The summit was an opportunity to take stock of the mid-term review of the initiative launched in 2017 by German Chancellor Angela Merkel to promote improved business climate and private investment.

During his speech, Sani Yaya notably recalled the progress made by Togo since joining the mechanism: “Since my country’s accession to the Compact with Africa, the Togolese government has continued its efforts to carry out reforms likely to attract more investors and create jobs for young people and women, ”he noted.

The Chancellor of the Exchequer took the opportunity to call for stronger support for African countries: “This is the place for me to plead in favor of greater support from our G20 partners for the benefit of our countries, with a view to to further support our efforts for development that meets the aspirations of our populations ”.

The ministers also invited German investors to participate in the implementation of priority projects carried by the government roadmap.

As a reminder, Togo is the 12th country to have adhered to the Compact With Africa Pact which encourages the implementation of reforms in countries to stimulate investment.

Togo–“We can only continue to demand a chance of government ”

Togolese activist Farida Nabourema has not said her last word on the governance in Togo. The leader of "Faure Must Go", has once again slammed the power of Lomé.
Lire la suite