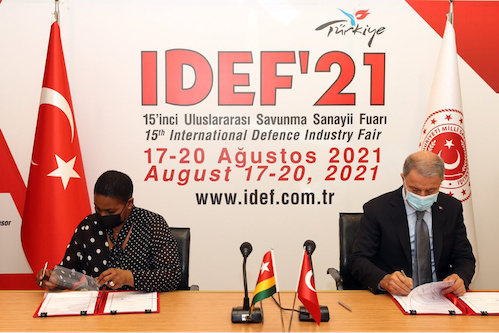 Lomé and Ankara are further strengthening their partnership. The two countries, already linked by political, then economic and commercial agreements, recently concluded a framework agreement for military cooperation.

The agreement signed by the defense ministers, Marguerite Essozimna Gnakade and Hulusi Akar, came about during the working visit two weeks ago, of the Togolese official in Istanbul, where the 15th international trade fair was held. defense (IDEF 2021).

Like that envisaged in the field of police security and civil protection, the agreement provides for in-depth collaboration between the armed forces of the two countries.