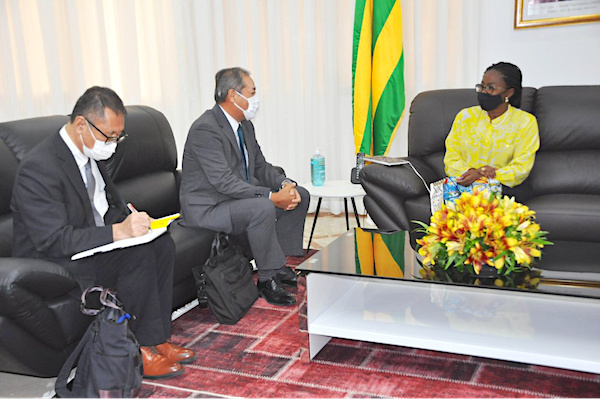 The Japanese Ambassador to Togo Hideaki Kuramitsu has got the end of his mission. He was therefore received on Tuesday by the Togolese Prime Minister , Victoire Dogbé.

The two personalities exchanged views on the review of bilateral cooperation between Togo and Japan, with the added bonus of strengthening relations in the infrastructure sector.

“Japan will continue its cooperation with Togo in the areas of infrastructure, food aid and public health, with an emphasis on the development of Togo through the development of the Lomé-Ouagadougou-Niamey corridor”, a declared to this effect, the Japanese diplomat.

The country of East Asia is involved in Togo in several areas including social, agriculture, infrastructure, health and sustainable development. All this through its international cooperation agency, JICA.