Togo pleads for debt cancellation and reallocation of SDRs 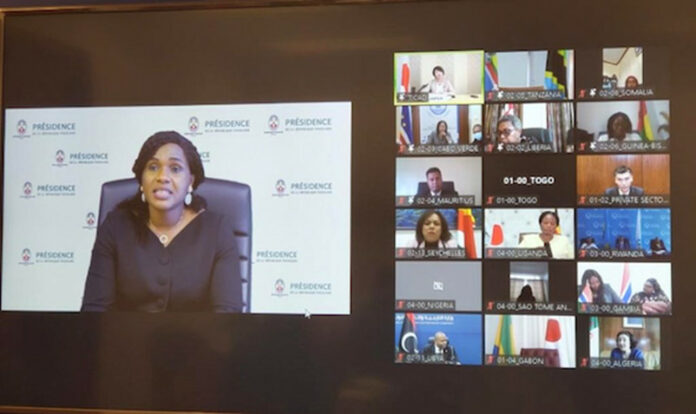 Togo took part on March 26 and 27 in the ministerial meeting of the eighth Tokyo International Conference on African Development (TICAD 8). Representing Togo, the SG of the Presidency, Sandra Johnson focused her intervention on sustainable growth, the effects of security and health crises on financing flows, domestic debt and resource mobilization in Africa.


The Minister first shared Togo’s recent good economic performance, before making a plea for the cancellation of domestic debt and the mobilization of partners for a revival of the African economy.

“I would like to make an urgent appeal to all of our partners to strengthen, beyond a possible suspension of the debt, any initiative aimed at canceling the debt of our States. In addition, particular attention should also be given to the issue of domestic debt with the possibility of providing support for its convertibility into sustainable and longer-maturity debt,” she said.

And as last December, during the meeting on the least developed countries (LDCs), the Togolese again requested “the mobilization of partners through the reallocation of Special Drawing Rights (SDR)”.

Two themes were mainly at the center of the discussions: achieving “sustainable and inclusive growth with a reduction in economic inequalities” and building a “sustainable and resilient society based on human security” on the continent.

The meeting, organized virtually, also served as preparations for the summit of heads of state, scheduled for next August in Tunisia.