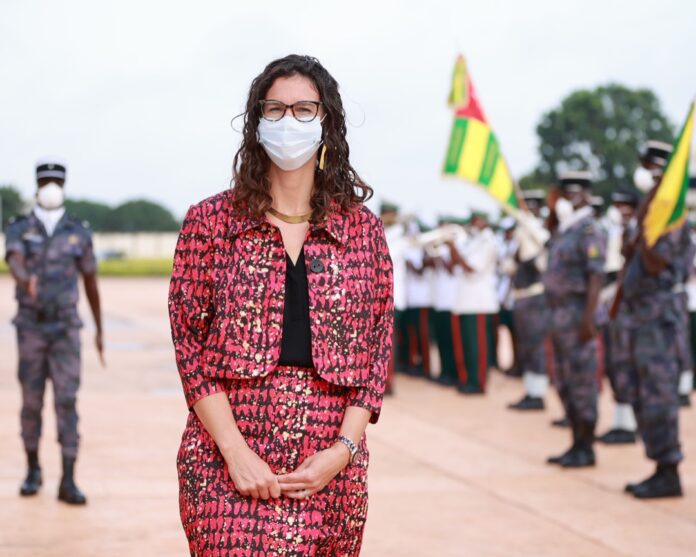 The British diplomat had her first meeting with the Togolese Head of State Faure Essozimna Gnassingbé this Monday, June 27, 2022. During their meeting, she welcomed the official admission of Togo into the Commonwealth Nations.

“Togo must be congratulated on its entry into the Commonwealth. Considering the importance of Commonwealth values ​​in the world, it is good to have Togo as a member. This is something important to congratulate, ”said the ambassador.

“It is truly an honor to serve as UK Ambassador to Togo. It’s a magnificent country. I am here to strengthen relations in the fields of security, trade, infrastructure, health and business and explore new opportunities for cooperation.“, she said.

Before her appointment to Lomé, Mrs Thompson was Secretary at the Permanent Representation to the European Union (EU), Head of the Prime Minister’s Service Delivery Unit, Head of the UK Delegation to the Climate Change Negotiations and Deputy to the UK High Commissioner to Abuja in Nigeria.