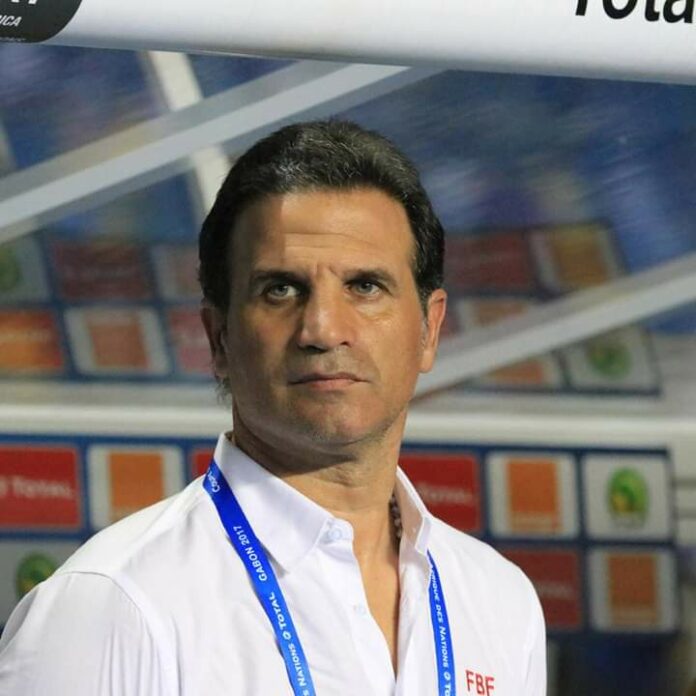 Big surprise reserved by the Togolese Football Federation (FTF). In search of a successor to Frenchman Claude Le Roy, who resigned last month following the failure to qualify for CAN 2021, the body announced on Monday the appointment of Paulo Duarte as manager!

While the names of Frenchman Alain Giresse and Congolese Florent Ibenge circulated insistently in recent hours, Togolese officials rather prefered Paulo Duarte who had been the coach of Angolan club Primeiro De Agosto since September 2020.

Great adventurer of African football, the Portuguese has revealed himself as coach of Burkina Faso from 2007 to 2012, but his last experiences on the bench of national selections have been more mixed, first in Gabon (2012-2013) then in Burkina Faso (2016-2019) where his return started well with a 3rd place at CAN 2017 before ending with a non-qualification for the 2019 edition.

Eager for revenge, the 52-year-old will have to be patient before embarking on his new adventure in the country of Sheyi Emmanuel Adebayor.

Indeed, under an agreement with his current club, the FTF specifies that the Lusitanian will not take office until August. Until then, local technician Jonas Kokou Komla will lead the Hawks next month against Senegal and Namibia in the first two days of qualifying for the 2022 World Cup.

“While waiting for the new hawk coach to take office, the Togolese Jonas Kokou Komla will have the honor of leading the national team during the next two matches, especially against Senegal and Namibia,” said the FTF.

This means that Duarte will officially start in September during the double confrontation against Congo.

Togo-The Sparrowhawks leave Lomé for an internship in Turkey | Icilome

[…] team football. The former Burkina Faso manager initialed a 3-year contract with Togo on Friday. Announced a few months ago at the head of “Éperviers du Togo”, Paulo Duarte officially signed his three-year contract this […]