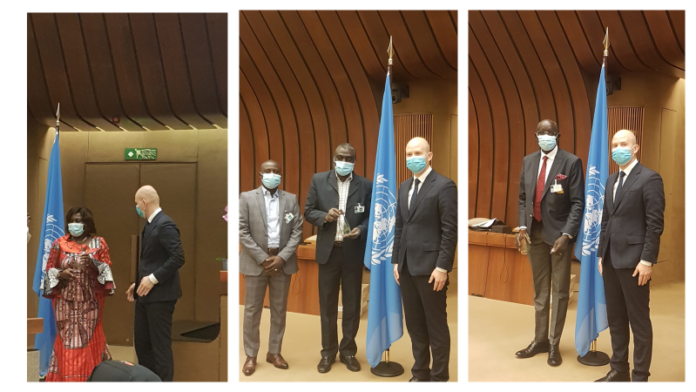 Togo officially acceded to the United Nations Convention on the Protection and Use of Transboundary Watercourses and International Lakes, the institution announced in a statement, on Wednesday.

By initialing this water convention, Togo, which is multiplying and increasing efforts in the sector, is further strengthening its governance in this area, at the national level as well as in cross-border cooperation.

Therefore, it will allow the country to better manage its water resources, especially those it shares with its neighbors, in a coordinated, non-confrontational and sustainable manner.

“In a context marked by increased pressure on resources and increased uses, the Convention constitutes a legal framework whose implementation, in addition to regional frameworks, will certainly help to support our country’s efforts in terms of cooperation. cross-border on our shared basins, conflict prevention and promotion of peace and regional integration, “said Togo’s Minister of Water Bolidja Tiem.

Togo shares more than two thirds of its water resources with its neighbors in Benin, Burkina Faso, Côte d’Ivoire, Ghana and Mali.

As a reminder, the Convention on the Protection and Use of Transboundary Watercourses and International Lakes (Water Convention) was adopted in 1992 in Helsinki (Finland).

It remains to this day one of the main mechanisms for strengthening national measures and international cooperation for the management and protection of transboundary surface or groundwater.