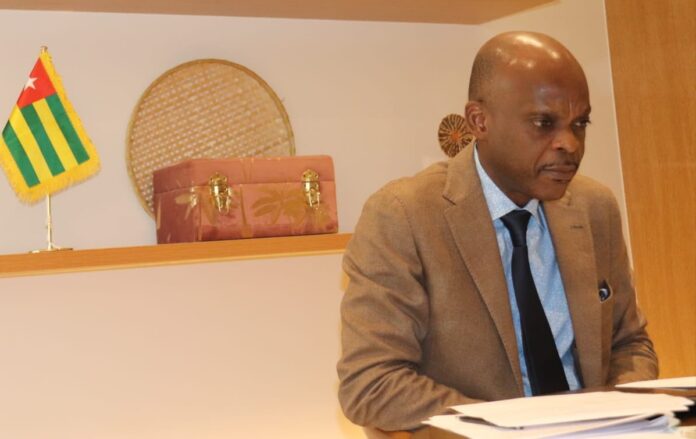 The Minister of Foreign Affairs of Togo, Prof Robert Dussey chaired Monday the second virtual meeting of the High Committee of the “Decade of African Roots and the Diasporas”.

The challenge is “to move quickly in order to respond as quickly as possible to the aspirations of the African diasporas and to optimize their contributions both to the development of individual countries and to the achievement of the objectives of Agenda 2063 of the African Union ”, underlined the Minister of Foreign Affairs during the meeting.

The work, in which around ten countries participated, thus enabled work to be done, the projects to be included in the agenda and the funding mechanisms for the various initiatives and activities.
As such, Morocco, through its Minister of Foreign Affairs, announced the allocation of an envelope of $ 200,000 to support activities.

Moreover, the participants agreed on new actions to be carried out, “in order to make the process much more inclusive, in particular through the involvement of Afro-descendant communities from the Americas, the Pacific, the Antilles and the Caribbean as well as non-state actors” .

As a reminder, the 2021-2031 Decade for African Roots and Diasporas is a proposal from Togo adopted in early February by the African Union.

Inspired by the Togolese model, it mainly aims to make African diasporas key players in the development of the continent.