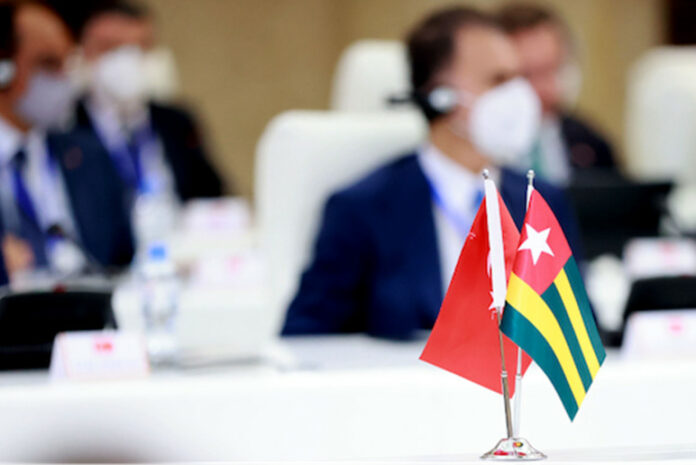 The event, organized by the Turkish Ministry of Commerce, registers the presence of trade ministers from African countries, Turkish businessmen as well as African private sector actors and multilateral partners.

During two days, the participants will have to work on the analysis of trade and economic relations between Africa and Turkey, assess Turkey’s approach to investment in Africa and finally find solutions to facilitate interaction between the two business communities and initiate dialogue between Turkish and African investors.

For Togo, which is in a full process of strengthening its partnership with Turkey, this summit will be an opportunity to rediscuss priority areas of cooperation, particularly economic and investment with Turkish actors.

On another level, it is also for Togo to present to Turkish businessmen the merits and opportunities offered by the African Free Trade Zone (Zlecaf). In particular, its poles of attraction, and explore possible future commercial partnerships with Turkey in the areas of investment, technology and logistics.

It should be noted that on the sidelines of this summit, the Togolese delegation met the President of the Istanbul Chamber of Commerce, Sekib Avdagic, to discuss avenues for partnerships between their private sectors.

As a reminder, the volume of trade between Togo and Turkey has increased continuously in recent years. In 2020 alone, and despite the covid crisis, the trade volume is estimated at $ 148 million, or just over 83 billion FCFA.