Togolese authorities face criticism after suspension of another newspaper 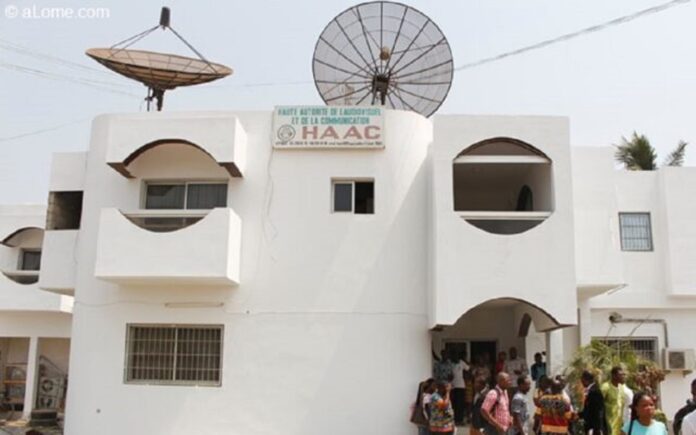 After, L’Alternative, L’indépendance Express and others, it is the weekly “The Guardian” which is the subject of suspension by the Togolese authorities, as usual, the media personnel in Togo are opposed to this umpteenth decision.

The Togolese “press bosses”(Le patronat de la presse togolaise ), PPT, denounce the suspension of the weekly “The Guardian”, criticizing an “iniquitous decision” taken by the High Authority of Audiovisual and Communication (HAAC).

The PPT does not understand why the publication belonging to colleague Ambroise Kpondzo was suspended and himself sanctioned.

This is, according to them, “an iniquitous decision taken with so much lightness in a country where no law has, for the moment, made vaccination compulsory”.

Indeed, “The Guardian”, a weekly publication is suspended, for a period of four months, by the High Authority of Audiovisual and Communication (HAAC) because of articles on Covid-19 health pass.

The newspaper will no longer appear, at least for the next four months. Ambroise Kpondzo, the Publishing Director, is also not spared. His press card is withdrawn for a period equal to the first sanction.

The HAAC accuses the Publishing Director of having published articles which cover false information about the health pass. The articles in question were published on September 23 and 30, 2021.

The first is titled: “Forced Vaccination with Tanks and Assault Rifles in Togo: The Regime in the Race for the Nobel Peace Prize”, while the other is titled “My Wrath”.

The regulator says it has carried out its own investigations and found that the said information is false.

Therefore, the institution invited Ambroise Kpondzo for explanation. Twice in a row, he was unable to answer because he had not been vaccinated, so he did not have the health pass to enter the HAAC.

Consequence: the suspension of publication during the next four. In addition to the withdrawal for the same period of the press card of the director of publication.

The latter calls, in a press release, “for the vigilance of the CNDH, of national and international opinion, and to remain alongside the first officials of the newspaper and all the editorial staff for the manifestation of the truth”.