Mali-Seven UN Peacekeepers from Togo killed in another attack 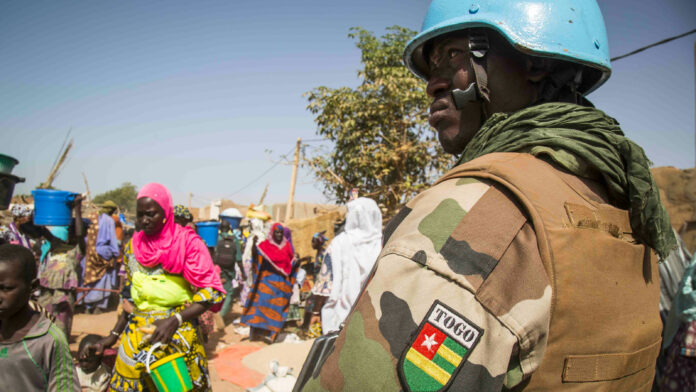 Seven Togolese peacekeepers, deployed within the United Nations Multidimensional Integrated Stabilization Mission in Mali (Minusma) were killed Wednesday in the center of the country.

Their logistics convoy, which was traveling in the Bandiagara region, struck an improvised explosive device between Douentza and Sévaré (Route Nationale 16), the Mission explained.

The attack, “odious and cowardly”, was “strongly condemned” immediately after, in a press briefing carried out in New York by the Secretary-General of the United Nations, Antonio Guterres, then by his special representative in the country, El -Ghassim Wane.

According to the Head of Minusma, this umpteenth act which “follows a series of attacks targeting civilians and personnel of the Mission”, could constitute “a war crime in accordance with international law”.

The same indignation on the part of the UN Under-Secretary-General for Peace Operations, Jean-Pierre Lacroix, who indicated that “these crimes must not go unpunished”.

For Togo, which also counts three other wounded, it is a new loss. The country, which has been committed for years to a return to peace and stability in Mali, also suffered a suicide attack earlier in the year.