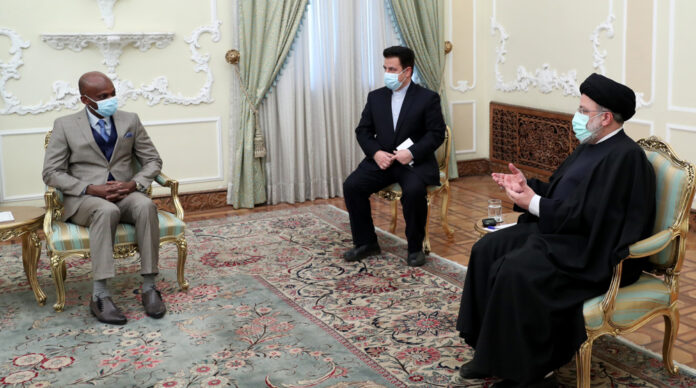 He said Western powers have mainly sought to colonize and exploit African countries and are currently pursuing their own wishes and interests on the continent in various guises, local media reports.

Raeisi made the remarks during a meeting with Togolese Foreign Minister Robert Dussey yesterday, saying that under the new Iranian administration, Iran will continue to develop economic, trade and political relations with African countries.

He went on to praise the “valuable” efforts of Africans to “safeguard their independence” and insisted: “Their success depends on emphasizing national and cultural identity and resisting excessive demands”.

The Iranian President added according to the same sources: “African countries have the necessary capabilities for development and prosperity, and the Islamic Republic of Iran supports the independence, progress and well-being of African peoples”.

Faure Gnassingbé’s envoy, for his part, said that Togo wants to establish broad and comprehensive joint relations with Iran in order to activate bilateral capacities in the service of common interests.

During another meeting with the new Algerian ambassador to Tehran, Ali Arouj, the Iranian president said that the expansion of relations with the North African country was of great importance for the Islamic Republic.

Highlighting the brilliant resistance of the Algerian people against French colonialism, Raeisi said: “The colonial powers have never abandoned their colonial spirit and always pursue their colonial goals with a new approach.”