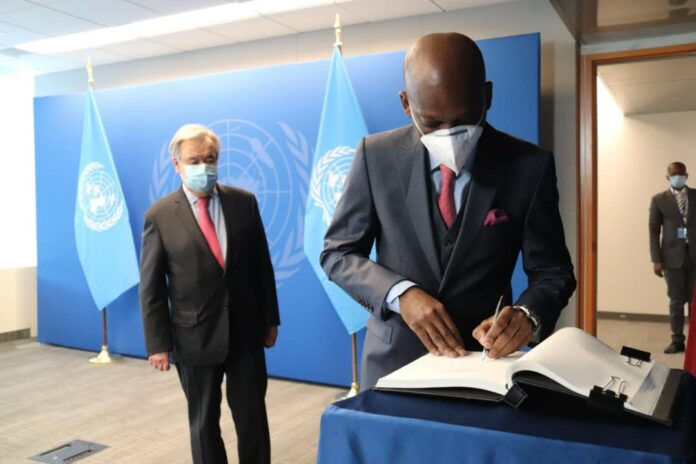 Togo is behind an initiative that will sound the death knell for crisis linked to terrorism and coups in Sahel and West African countries. An initiative that the General Secretary of the United Nations, Antonio Guterres strongly supports.

The Togolese Minister of Foreign Affairs Prof. Robert Dussey therefore met Thursday in New York, the head of the UN.

The Togolese presented to Antonio Guterres the initiative to organize, in April 2022 in Lomé, a high-level conference on political transitions and the fight against terrorism in Sahel and West Africa.

This major meeting, which will take place under the leadership of the Togolese Head of State, Faure Gnassingbé and the Secretary General, Antonio Guterres, regional and international actors as well as various stakeholders, to examine recent trends and developments in the Sahel region and West African countries plagued by violent extremism and terrorism.

The meeting will also be devoted to the search for means that can help to contain the spread of the terrorist threat and to remain mobilized in a sustained manner in the face of this danger during and after political transitions.

The Seven Seas Voyager makes a stopover in Togo

The Seven Seas Voyager cruise ship docked on Sunday November 27 at the port of Lomé. On board, almost 700 tourists came to discover the tourist assets of Togo.
Lire la suite
ACTUALITES