The new US Ambassador to Togo officially takes office 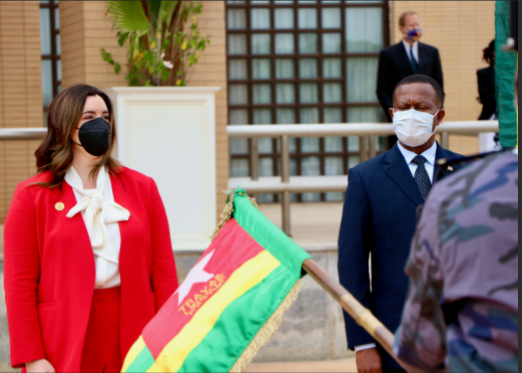 The new United States Ambassador to Togo, Elizabeth Fitzsimmons presented her credentials to the Togolese Head of State Faure Essozimna Gnassingbé this Tuesday, April 26, 2022, marking her official assumption of duty in the country.


“Ms. Fitzsimmons said she was delighted to serve in Togo and looked forward to traveling across the country to experience all of Togolese society,” the embassy reported this afternoon.

The diplomat also promised to provide “support for the rule of law, inclusive growth, educational and cultural opportunities”.

“She finally expressed her desire to see Togo become a logistics and digital hub with the support of the USA,” the statement said.

Upon her arrival arrived in Togo in March, the American first met the head of Togolese diplomacy, Robert Dussey, to give him the figurative copy of the letter accrediting her.