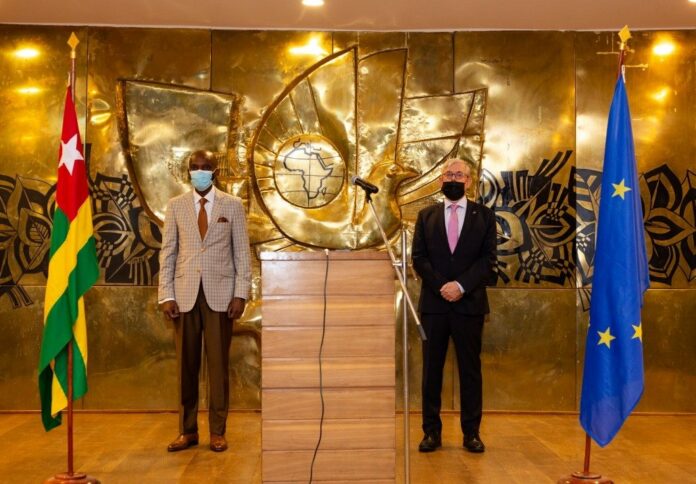 The European Union (EU) has become one of Togo’s first partners to express its indignation following the murderous attack on the Togolese army on the night of Tuesday to Wednesday.

“I condemn in the strongest terms this cowardly terrorist attack in northern Togo which claimed the lives of 8 Togolese soldiers and injured 13 others. I offer my condolences to the Togolese government and to the families of the victims, and wish a speedy recovery to the injured,” said Joaquín Tasso Vilallonga, European Union Ambassador to Togo.

According to the High Representative of the EU for Foreign Affairs and Security Policy and Vice-President of the Commission, Josep Borrell Fontelles, efforts must be redoubled to eradicate this scourge which is spreading to the countries of the Gulf of Guinea.

“The deadly attack suffered by Togo at its border with Burkina Faso shows that the terrorist threat is spreading towards the countries of the Gulf of Guinea. Efforts must be redoubled to stop it before it is too late,” said the Spanish statesman.

A total of five (05) Togolese soldiers were killed in this attack led by unidentified individuals. It becomes the second attack in northern Togo, suspected of being perpetrated by terrorists.