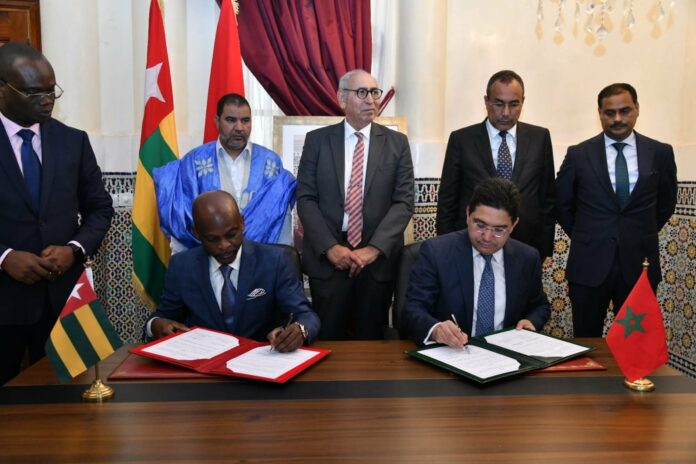 As of July 21, 2022, all Togolese holders of ordinary passports can enter Morocco without a visa. It is the same for Moroccans who want to enter Togo.

The Togolese Minister of Foreign Affairs, Robert Dussey signed an agreement to this effect on Thursday with his Moroccan counterpart, Nasser Bourita.

“Dear fellow citizens, I am delighted to announce to you on behalf of President Faure Gnassingbé that from this day, July 21, all Togolese holders of the ordinary passport of our country can enter and leave Morocco (vice-versa) without a visa”, posted Prof Robert Dussey on his Twitter account.

The mutual visa exemption agreement for the ordinary passport was discussed and obtained during the first Ministerial Meeting of Atlantic African States.

At the time, Nasser Bourita, the head of Moroccan diplomacy, indicated that the agreement “reflects the quality of human relations between the two countries”.

Prior to the signing of this agreement, the diplomats of the two countries have bilateral talks, particularly on the quality of the relations between Lomé and Rabat. Likewise, they opened the Consulate General of Togo in Dakhla (Western Sahara)