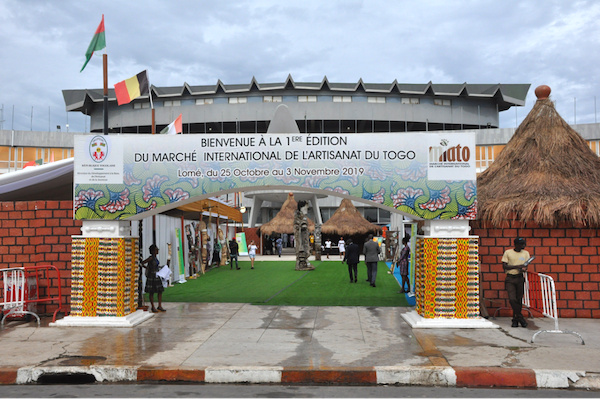 The second edition of the Togo International Handicrafts Market (MIATO) will be held from October 29 to November 07 in Lomé. Handicrafts Minister Kokou Hodin officially kicked off the biennial event on Friday at a press conference.

As in 2019, this meeting, organized in collaboration with the Union of Regional Chambers of Crafts (UCRM), will be devoted to the promotion of craft products and services.

Focused this year on the theme of “Craft Companies and Competitiveness”, MIATO will once again be an opportunity to promote the creative genius of local artisans, to recall the importance of a local consumption policy, to conduct reflections on performance of these, the opportunities of the sector, and government ambitions. Exhibitions, conferences, workshops, networking are planned for this purpose.

Building on its inaugural success (more than 100,000 visitors, 160 exhibitors, 08 countries), the Market intends to continue in the same vein: nearly 300 stands are thus made available for exhibitors from around twenty countries, and at least 100,000 visitors are expected.

As for the health situation, “the organizing committee is actively working to put in place the appropriate strategy for scrupulous compliance with the barrier measures decreed by the government to fight the pandemic”, announced the government.

According to the later, the artisanal sector contributes nearly 18% of the GDP in Togo and employs more than one million people.