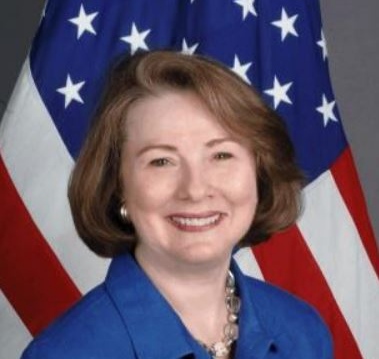 Patricia McMahon Hawkins, Ambassador of the United States of America to Togo from 2008 to 2011 bowed out at the age of 72, announced Monday, the US Embassy in Lomé.

The American diplomat died on October 06.
“Ambassador Hawkins was known for her outspokenness, her humanism, and her enthusiasm for defending the American ideal of democracy,” the embassy said.

Patricia’s career began with the United States International Communications Agency in 1980. At USIA Headquarters in Washington, DC, she was responsible for national affairs for the eight countries of French-speaking West Africa and Policy Application and Coordination Officer (PACO) in the USIA office Assistant Director.

Hawkins was also a public affairs advisor to the United States delegation to the CSCE Human Dimension Conference in Paris in 1989.

Hawkins succeeded David B. Dunn as US Ambassador to Togo on August 22, 2008. She arrived at her post on September 10, 2008 and presented her credentials to Faure Gnassingbé on September 12, 2008.