Togo mourned its soldiers who died on UN mission 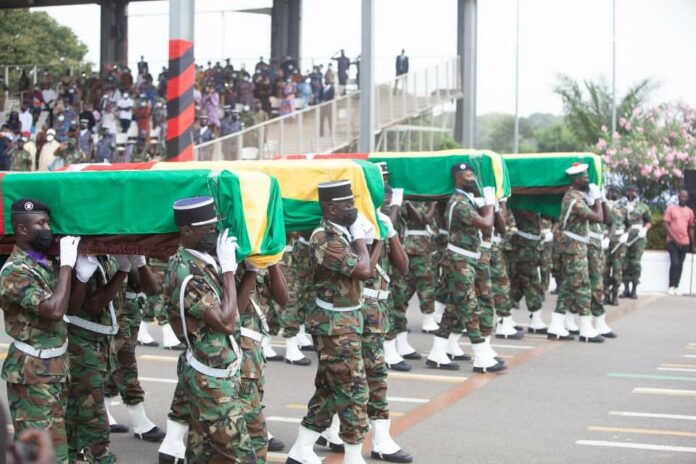 The Togolese nation paid national tribute on Saturday to its soldiers who fell a few days ago in Mali as part of the UN Peacekeeping mission.


The solemn ceremony in Lomé, was chaired by the Head of State, Faure Gnassingbé, in the presence of the government, bereaved families, numerous officials and a UN delegation.

The President of the Republic of Togo once again paid tribute to the memory of his valiant compatriots who died for peace, before awarding them posthumously, the distinction of Knight of the Order of Mono.

As for their wounded brothers in arms and currently in care, Faure Gnassingbé wished a speedy recovery.

According to the government, Togo has lost 13 peacekeepers in Mali since 2013.