Togo announces the opening of a consulate in Dakhla 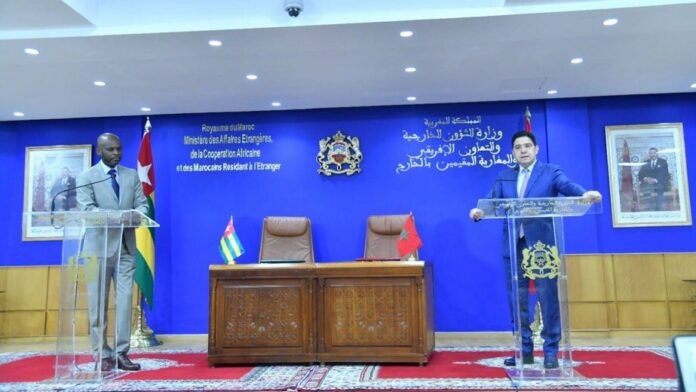 Togo, through the voice of its Minister of Foreign Affairs, Robert Dussey, announced on Tuesday, June 7, 2022 in Rabat, the opening soon of a consulate general in Dakhla. The Togolese also reiterated his country’s support for the territorial integrity of Morocco and affirmed his support for the autonomy initiative.

At the end of a fruitful meeting with his Moroccan counterpart, Nasser Bourita, the head of Togolese diplomacy reaffirmed his country’s support for the territorial integrity of the Kingdom and the autonomy plan proposed by Morocco to resolve this conflict. For Togo, this autonomy plan constitutes the one and only credible and realistic solution to the resolution of this dispute.

The Togolese Minister of Foreign Affairs also announced the “soon” opening by his country of a consulate in Dakhla.

Nasser Bourita hailed Togo’s consistent position regarding the Kingdom’s territorial integrity, welcoming Togo’s decision to open a Consulate General in Dakhla. This decision, “which is a source of satisfaction for all Moroccans, reflects the constant support of the Republic of Togo for the sovereignty of the Kingdom and its national and territorial integrity”, specified the minister.

Robert Dussey was in Rabat as part of his country’s participation in the first ministerial meeting of Atlantic African States. According to a joint press release, Robert Dussey also welcomed “the efforts of the United Nations Organization as the exclusive framework for achieving a realistic, practical and lasting solution to the dispute over the Sahara”.