Togo-India has nominated its first Ambassador to Lomé 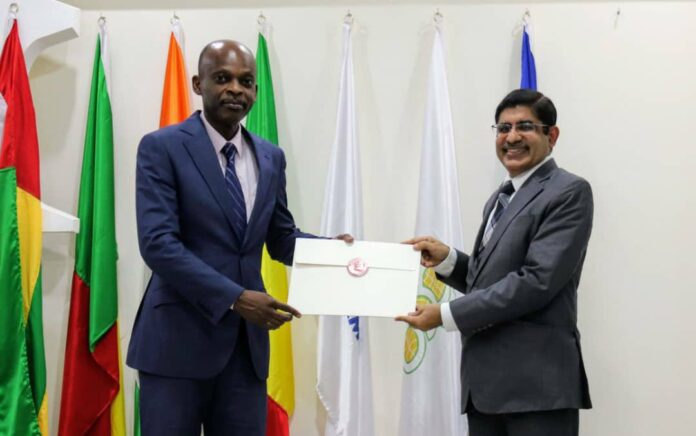 The Republic of India now has its very first Ambassador to Togo. The Togolese Minister of Foreign Affairs, Robert Dussey received during the weekend, the figurative copy of the credentials of the official representative of New Delhi, Shri Sanjiv Tandon.

The diplomat, previously adviser to the Indian embassy in Peru, will be tasked, among other things, to further strengthen the already dynamic cooperation between the two countries.

Togo and India collaborate in several areas, including agriculture, industry or energy, and many Indian investors are present on Togolese soil.

A few days ago, the Indian bank, Exim Bank concluded with the government, an agreement of more than 20 billion FCFA for the electrification of 350 rural localities.

As a reminder, India had until then only a Consulate General the capital town, in Lomé.