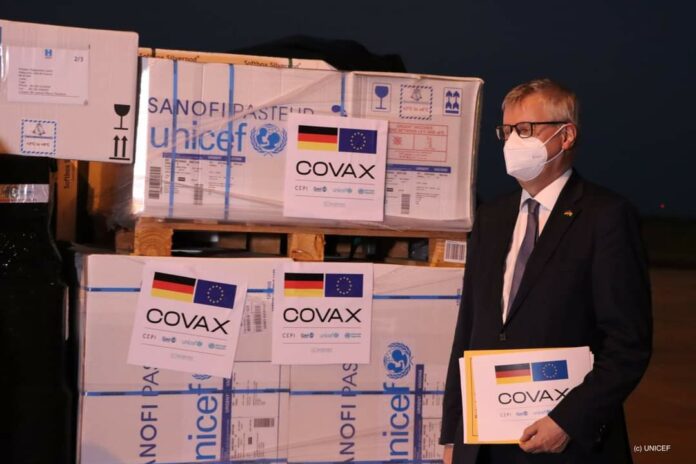 Following the Sinovac and Pfizer vaccines received over the past week, Togo received on Thursday 101,760 new doses of AstraZeneca COVID-19 vaccine, donated by the Federal Republic of Germany.

The consignment, supplied through the COVAX mechanism, was received at Lomé airport by the Minister of Health, Moustafa Mijiyawa and the German Ambassador to Togo Matthias Veltin, surrounded by several officials.

This vaccine stock should in particular be “deployed inside the country to also meet the increasingly pressing demand of the population of the northern regions”, specifies the Minister.

As a reminder, the vaccination campaign was launched on March 10 with the first doses of AstraZeneca. Overall, Togo expects to reach or even exceed the milestone of one million vaccinated by the end of this year.