Accueil ACTUALITES Summary of the history of Togo's independence
ACTUALITESENGLISHOthersPoliticsSocietyPAYSTogo

Summary of the history of Togo’s independence 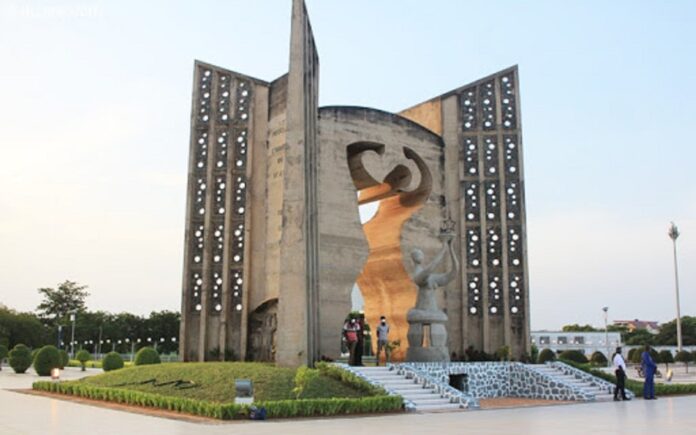 Togo got independence on April 27, 1960. Sylvanus Olympio who was the Prime Minister since the elections supervised by the UN, became the President of the new Republic.

At the head of the Togolese Unity Committee (CUT), he had led the fight for the reunification and emancipation of the former German colony, under the shared supervision of the French and the British since the 1st World War.

Germany had colonized this region of West Africa in the second half of the 19th century by negotiating protectorates with the rulers of the Coast. During the famous Berlin conference in 1885, Germany recognized its colony under the name of Togoland and began to exploit it.


However, twenty years later with a few hundred settlers, the German presence in Togoland still remains weak. When World War I broke out, the country was invaded by the British from the Gold Coast in the west and by the French from Dahomey in the east.

The Germans capitulated in August 1914 and were expelled. The colony is therefore jointly occupied by France and Great Britain.


After the war, the League of Nations attributed a mandate on the western part to the British, and on the eastern part with the capital Lomé to the French.

Although the two parts of Togoland were to be administered with a view to reunification, the French and the British incorporated them into their respective colonial spheres.

After the Second World War, on December 13, 1946, the United Nations reaffirmed international guardianship over Togo against the colonial powers.

Togo is detached from the A.O.F and obtains its own representation in the French parliament under pressure from the Ewe ethnic group and the Togolese Unity Committee (C.U.T).

Meanwhile, the part occupied by France elevated to the status of an Autonomous Republic despite objections from the UN, the colonial administration still involved itself in the internal politics of the colony by trying to promote candidates in favor of a policy of integration into the French Union.

Nevertheless, the victory of the Togolese Unity Committee in the February 1958 elections definitively condemns the maintenance of France. Sylvanus Olympio was tasked with forming a government, and six months later the lifting of trusteeship by the United Nations paved the way for complete independence of the country solemnly proclaimed on April 27, 1960. Sylvanus Olympio’s presidency will be short-lived.

In January 1963, less than three years after independence, when the Head of State refused the integration into the army of former military volunteers from the campaigns of Algeria and Vietnam and was preparing to abandon the French currency the CFA Franc, he was assassinated during a coup claimed by Etienne Gnassingbé Eyadema.

Former Prime Minister Nicolas Grunitzky, in favor of reconciliation with France, succeeded him. But 4 years later, he was also deposed by Eyadema, who took power for four decades. The later died on February 5, 2005 and left power to his son Faure Essozimna Gnassingbé, who is ruling the country until now.