The fight against terrorism sends a Togolese Minister to Saudi Arabia 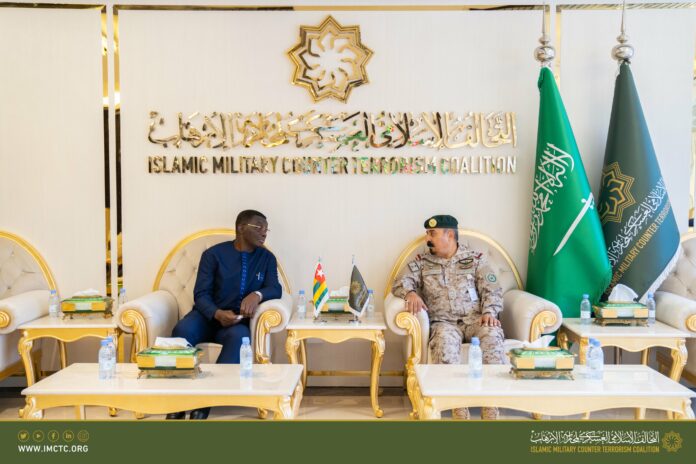 The Togolese Minister of Security and Civil Protection , Yark Damehame visited on Thursday the headquarters of the Islamic Military Coalition for the Fight against Terrorism (CIMCT), in Riyadh (Saudi Arabia). The goal of this trip is to inquire about the efforts of the Islamic Alliance in the fight against extremist ideology and the coordination of all efforts to deal with terrorist tendencies.

This initiative, created at the end of 2015, has multiplied for several years, apart from military interventions, intellectual and media actions in order to combat the financing of terrorism and therefore the spread of terrorist activities.

For Togo, now directly affected by the terrorist threat, it is necessary to find out about the latest developments on the various means implemented by the Alliance.

The CIMCT was drafted following military cooperation between several countries in the Near and Middle East and North Africa. It currently has around thirty countries, Arab or not, including Togo and African nations such as Mali, Senegal, Gabon and Côte d’Ivoire.

Saudi Arabia is financing terrorism and you go there for a solution?

You’re right, my Bro!
We always say that the regime of Faure Gnassingbé is only made of foolish bald head who can never use of their BRAIN !
Everyone knows today that Libya has been destroyed by Mercenaries and Terrorists trained in Saudi Arabia and Quatar. And we know also that these Arab countries have planed this plot against Libya in complicity with NATO (USA, UK, France, etc.).
Since then, Terrorism started spreading through the whole Sahel and West Africa! How can a well-thinking soldier can be seeking help and solution for Terrorism from these countries that are feeding the phenomenon of Terrorism in Africa?
Oooh gosh, negro Yark, use a little bit your BRAIN !