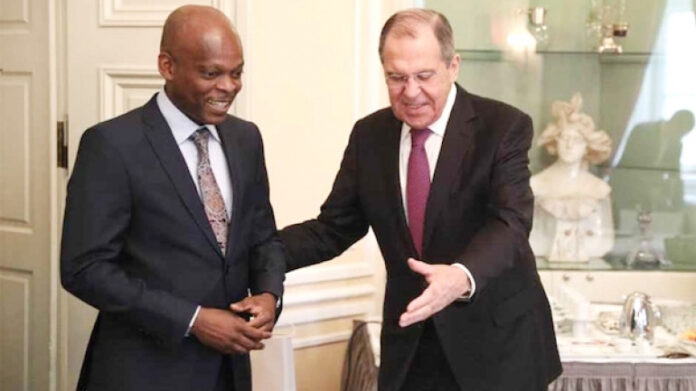 The Togolese Foreign Minister Robert Dussey has been on his first official visit to Russia since Monday, February 15. He will meet his Russian counterpart, Sergey Lavrov today.

This is an opportunity for Moscow and Lomé to further strengthen bilateral cooperation and materialize the desire for rapprochement, regularly mentioned in recent years by the leaders of the two countries.

In the city of St Petersburg where Prof Dussey was welcomed on Sunday, the Togolese foreign minister will meet his Russian counterpart, Sergey Lavrov.

The two diplomats will discuss about new bilateral perspectives or the strengthening of political dialogue.

Togo and Russia plan to sign a visa waiver agreement for diplomatic passport holders, as well as a joint statement on the UN resolution on space security.

“Relations between Togo and Russia are good and we are constantly working on it”, said Robert Dussey a few days ago.

The last meeting between Prof. Dussey and Mr. Sergey Lavrov was in Germany at the 55th Munich Security Conference for Ministers of Foreign Affairs in February 2019.